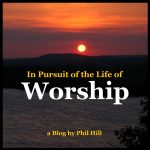 “The Lord, the God of their fathers, sent persistently to them by his messengers, because he had compassion on his people and on his dwelling place. But they kept mocking the messengers of God, despising his words and scoffing at his prophets, until the wrath of the Lord rose against his people, until there was no remedy.” 2 Chronicles 36:15-16

The final chapter of 2 Chronicles contains the verses above, which is followed by the judgment of God on His people. These two verses contain several things for us to consider.

God is persistent. For years, through multiple prophets, God had warned His people about their idolatry and their rejection of Him and His law. They were without excuse. The people could not say that they were unaware of God requirements. God had even brought smaller judgments and trials on the nation, in order to turn their hearts back to Him, but the revivals were short-lived. They would turn away again. Yet, God continued to warn and call His people to return to Him.

The persistence of God flows from His compassion for His people. God was protecting them from the emptiness and passing satisfaction brought by their pursuit of the gods of other nations. God knew that they would find no greater fulfillment or lasting joy than in their covenant relationship with Him. He wanted the best for His people, not just for the present generation, but for future generations. Therefore, He continued to warn and call them back to Him, in spite of their repeated rebellion.

Yet, in the end, the people would not have it God’s way. They wanted things their own way. They did not believe God’s warnings. In their foolishness, they did not think God would act. Or worse, they did not think He could act. They mocked His messengers and despised His prophets. They took on the practices and worship of the gods of the very nations that God had driven out before them. They did even more evil than the nations before them (2 Chronicles 33:9), even though they had been given the very Word of God. Their rebellion was a complete rejection of God.

Therefore, as the passage says, there was no remedy. God brought judgment on the people of Judah and Israel. They were killed or removed from the land He had given them. The temple, built for the glory and worship of God, was destroyed. The people God had chosen and delivered from captivity were now captive again. God was justified in His judgment. His persistence and compassion kept it from happening sooner. And even His judgment, He preserved a remnant of His people, once again demonstrating His compassion and faithfulness, even when His people were not faithful.

There are many lessons for us in this passage. As followers of Jesus Christ, we need to be guarding our hearts against the idolatry that is so prone to the human race. We need to continually examine our hearts, asking God to search our hearts and reveal to us the things which we are treasuring more than Him. Is God sending us reminders and messages that we are not listening to? Or worse, are we despising and rejecting them? Have we been taken captive by idols in our heart?

In the church, we are often quick to cast judgment on those outside of our evangelical Christian bubble. We target the big sin items in society. We condemn elected officials for not upholding Christian principles. If they would only operate on Biblical principles, society would be turned around. Really? The nation of Israel had the most Biblical framework of any nation that has ever existed. They had the very Word of God as their constitution, to put it in our modern framework. Yet, rebellion and idolatry and sin did not cease. There was corruption throughout the nation’s leaders, priesthood, and the people. As with Israel, all of our attempts will also fall short because of the idolatry of the human heart. At the same time, we point our finger at society, sin and idolatry in our hearts could be impacting the work of the gospel through our lives and our church.

The human heart is deceitful above all things (Jeremiah 17:9). We deceive even ourselves. The work of the church is often hindered because of the idolatry of our hearts. Our preferences, prejudices, agendas, short-sightedness, and sin hamper the effectiveness of the church. Sadly, we don’t often realize it. In fact, we may even think we have noble or righteous causes. I have had to examine my own heart to see if there are convictions or positions that I adamantly hold, but which may be working against what God wants to do in His church. I have to ask myself whether my ministry agenda and pursuits have become an idol in my life or whether they are actually helping to accomplish God’s purposes for His church.

How do we know? We have to continually examine our hearts, looking for these idols. We have to check our attitudes. When someone in leadership speaks regarding a ministry or mission, is my first reaction negative? Do I consistently question whether this is something that the church should be doing? Do I frequently criticize or grumble to others about what someone else in the church is doing? If I present an idea for ministry and it is not readily received or pursued, do I become angry and critical? Have I withdrawn from most of the activity and ministry of the church? If I have not physically withdrawn, have I removed myself emotionally or spiritually, so that I am just going through the motions? Have I become a piece of driftwood in the church, just floating around, bumping into things, causing damage and distraction, rather than intentionally engaging in ministry, under the leadership that God has put in place in my church?

I have been at our current church for 30 years. I have been actively serving, in some capacity, for almost every one of those years. And yet, I need to regularly ask myself these same questions. I routinely construct idols in my life or ministry that need to be cut down. I have disagreed with more things than I can count. There have been times when I have questioned why I am even at the church. However, God has allowed me to work through these things, hashing them out with leadership and others in the church. In the end, God has used these things to refine me and to reveal areas in my life where I was prideful and was not teachable. It is an endless process and I have a long way to go.

If you have a bur under your saddle, it may be time to lift up the saddle and see what is really there. What you find may surprise you. Instead of the glaring issue you thought was there, like an issue with a person or the church, you may find an idol you have erected in your own honor. I pray that we will be quick to hear the Word and warnings that God brings our way. We should continually examine ourselves, to see if our lives and faith are what God has called us to (2 Corinthians 13:5). The alternative is to leave God with no remedy but to discipline us, as He has always done with His people. Jesus said that He will build His church, and the gates of Hell will not prevail against it (Matthew 16:18). If the gates of Hell will not prevail against it, surely He will not tolerate one of us standing against what He wants to accomplish. My friends, keep yourselves from idols (1 John 5:21).

The Life of Worship